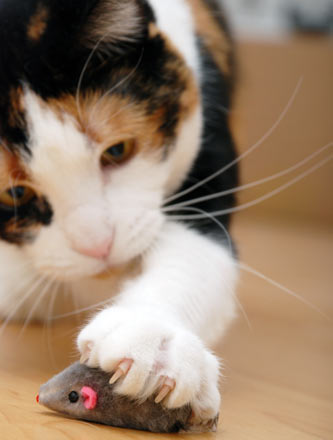 You're probably familiar with the effects that catnip can have on felines. Some common reactions that cats have to smelling or eating catnip include rolling around, purring, becoming frisky and playful, and getting pleasantly sleepy.

You may also be aware that some cats don't respond at all to catnip. In fact, it's thought that about 30% of cats are not affected by the plant. Scientists believe that whether or not a cat responds to catnip is based on genetics and that it might have to do with whether there was catnip in the environment of that breed's ancestors. Some cats simply don't have the gene necessary to enjoy catnip.

But did you know that there is another option to add some extra playtime fun to the lives of cats that aren't made frisky by catnip? If your cat is stoic in the face of catnip leaves, toys, and sprays, have no fear: honeysuckle is here.

Honeysuckle is a plant that grows in hundreds of varieties around the world. It comes in vines, bushes, and trees. The type that we're interested in when we're talking about cats is Lonicera tartarica or Tartarian honeysuckle. This plant is a deciduous, woody shrub that can grow up to 15 feet tall.

While there have been no scientific studies, anecdotally it appears that up to 80% of cats are affected by honeysuckle.

Honeysuckle berries and possibly flowers and leaves are toxic to cats and should not be given to them. The woody part of the plant is what is made into toys and sprays for cats. In fact, because the wood can result in choking or damage to a cat's mouth, it should only be given to our feline friends when it is contained within a tough toy. 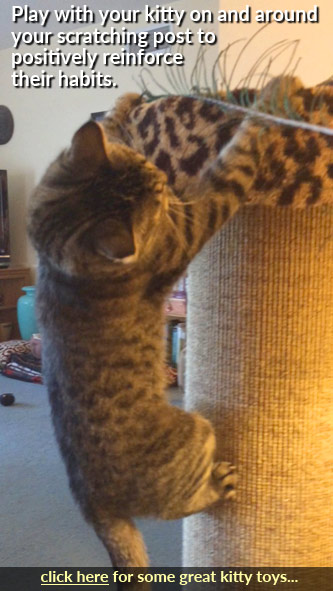 How Do Cats React to Honeysuckle?

Many cats react to honeysuckle in a similar way to which you would expect them to respond to catnip. They may roll around on the toy, lick it, bite at it, and then race around the house excitedly, have a burst of playful energy during which they pounce on everything in sight, and generally act playful and happy. Some cats may appear more mellow or sleepy.

Occasionally, a cat may react to honeysuckle by becoming aggressive. However, this seems to be much less likely than it is with catnip. Still, when giving your cat a honeysuckle toy for the first time, it may be a good idea to give him some space until you see what his reaction is.

Another difference between honeysuckle and catnip is that most cats don't react to catnip until they have reached sexual maturity. This does not seem to be the case with honeysuckle, so young kittens are more likely to be affected by it than they are to catnip.

Ways to Use Honeysuckle

Honeysuckle for cats is available inside toys and also as a spray. The honeysuckle spray is great because it can be used to bring your cat's attention to toys that you would like him to play with or to get him interested in a scratching post that he's ignoring.

An older honeysuckle toy that seems to have lost its potency can be rejuvenated by spritzing it with a little water. This brings the honeysuckle's odor back and can get your cat re-interested in the old toy.

Here are some honeysuckle toys that we love.

So if you have a cat that doesn't seem to love catnip, give honeysuckle a try. Your cat just might thank you for it.