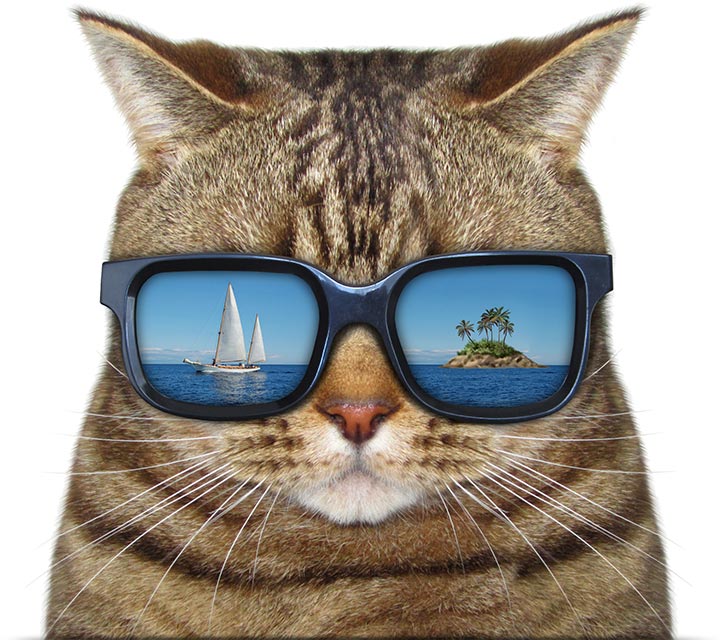 We all probably think our cat could be famous for something. Maybe cutest ears, loudest meow, or longest amount of time spent sitting perfectly still, staring at a bird outside? Though they're all special to their humans, not every cat can enjoy fame. But here are a few that can.

In 1941, a black and white cat survived the sinking of the German ship Bismarck, which went down during a battle, by climbing on a board and floating until he was rescued. Amazingly, he went on to survive two more shipwrecks before he was adopted by someone in England who kept him safely on land for the rest of his life. There are historians who believe that these stories were about more than one cat, but that doesn't mean that Sam is any less famous—just that his story might be a little fact mixed with a little fiction.

In Rhode Island, Steere House Nursing and Rehabilitation Center is home to a special cat, Oscar. This kitty has a habit of curling up next to those people who are within hours of dying. It isn't known with certainty how Oscar knows who is close to death, but he's made accurate predictions over 100 times.

In a comic that has been published since 1978, the big, orange cat Garfield lives with his human and a dog named Odie. Garfield is lazy and loves to eat anything he can and drink coffee. Garfield has become quite famous and is featured on many products, books, and games.

This cat was a stray in Brooklyn in 1996 when the abandoned garage she was living in with her kittens caught fire. Scarlett removed all five of the kittens from the burning building, one by one, suffering severe burns to her own eyes and ears. One of the five kittens later died, but the other four and Scarlett all survived and were ultimately adopted. Scarlett suffered from chronic health problems related to the fire, but she was well cared for and lived until 2008. 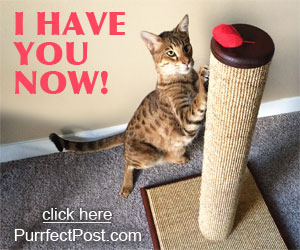 The internet has spawned many cats that have become famous, including:

You can look all of these cats up on google or social media to see and follow them.

So, whether a cat is internet famous, historically famous, or just famous in his or her own home, each one is unique, special, and fun.